Our mission at Orgyen Dorje Den is to provide a clear path to enlightenment, transforming one’s heart and mind through the study and practice of authentic Tibetan Buddhism.

Our vision is to promote a society in which altruism, kindness and compassion are the guiding principles in all of our actions. 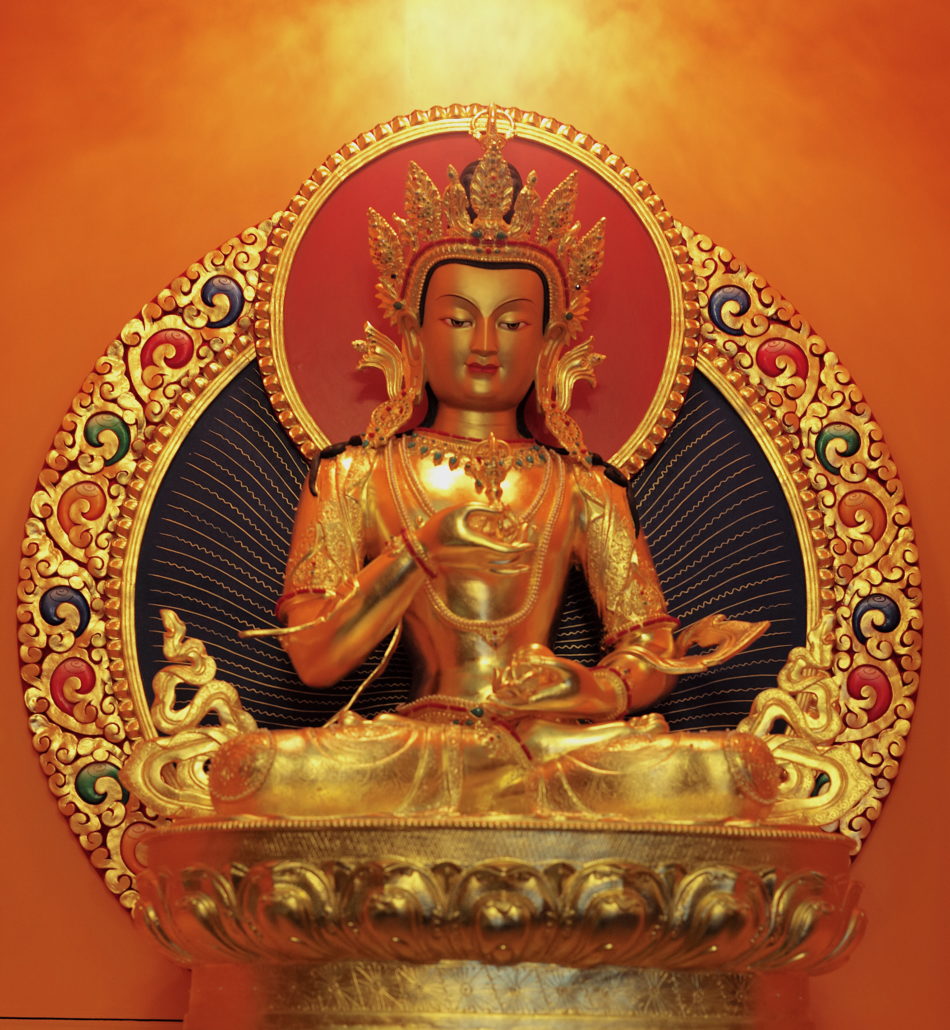 Orgyen Dorje Den is a Tibetan Buddhist Center in the Nyingma tradition, under the spiritual guidance of Venerable Gyatrul Rinpoche. It is located in Alameda, CA and is one of the main centers of study and practice of Vajrayana Buddhism in the Bay Area.

Our approach is traditional, beginning with the preliminary practices (Ngondro) and progressing to the highest Buddhist teachings of Vajrayana.

In 1977, Kyabje Dudjom Rinpoche and family were visiting the San Francisco Bay Area. Kyabje Rinpoche founded the center he named Yeshe Nyingpo Orgyan Choding, and along with his son Dungse Thinley Norbu Rinpoche, asked Gyatrul Rinpoche to oversee the center as his representative.

For the next 23 years, the center moved to various rental locations throughout the Bay Area. Finally on January 1st, 2001, ODD moved into the present, permanent location for the center, which was acquired thanks to the support of a generous sponsor. It was developed into its current form thanks to the hard work of many students.

Our approach is traditional, beginning with the preliminary practices (Ngondro) and progressing to the highest Buddhist teachings of Vajrayana.

Prior to ODD’s acquisition, this building was a mortuary for over 100 years. It’s fitting, then, that the very first ceremony and retreat that was held was that of Troma Nagmo, led by Lopon Nikula Rinpoche, with support by Sangye Khandro, who has continued leading Tromas retreats here on a regular basis. Over the past almost 18 years the following ceremonies and teachings have been hosted here: Ven. Yangthang Rinpoche bestowed the Rinchen Terdzod and the Nyingma Kama transmissions; he also gave the wangchen for his predecessor Dorje Dechen Lingpa, and the empowerments of Sangye Lingpa’s Lama Gongdu. From Tulku Theglo Rinpoche we received the Dudjom Tersar transmissions for Trakthung Heruka, Dudjom Lingpa and for Terton Kunzang Nyima, the Speech Emanation of Dudjom Lingpa. From Khenpo Palden Sherab Rinpoche and his brother Khenpo Tsewang Dongyal we received the Dudjom Tersar wangs revealed and compiled by HH Dudjom Rinpoche, Jigdrel Yeshe Dorje.

Khenchen Namdrol Rinpoche has taught the entire extensive commentary, over a 5 year period, on the Guhyagharbha Tantra written by Omniscient Longchenpa entitled Dispelling Darkness throughout the Ten Directions. He also gave us a five year transmission of the Treasury of the Genuine Meaning and the full transmissions for the Chetsun Nyingthig including an extensive commentary.

In July of 2018, His Holiness Sangye Pema Shepa Rinpoche, the reincarnation of His Holiness Dudjom Rinpoche, came to ODD and bestowed the Dorsem Lama Chopa (Vajrasattva) empowerment. It was a joyous and auspicious return of the center’s founder, with several hundred Dharma students and lamas in attendance.

May the blessings of the Omniscient Ones ensure that Orgyen Dorje Den continues to shine like the rays of the sun for countless eons!